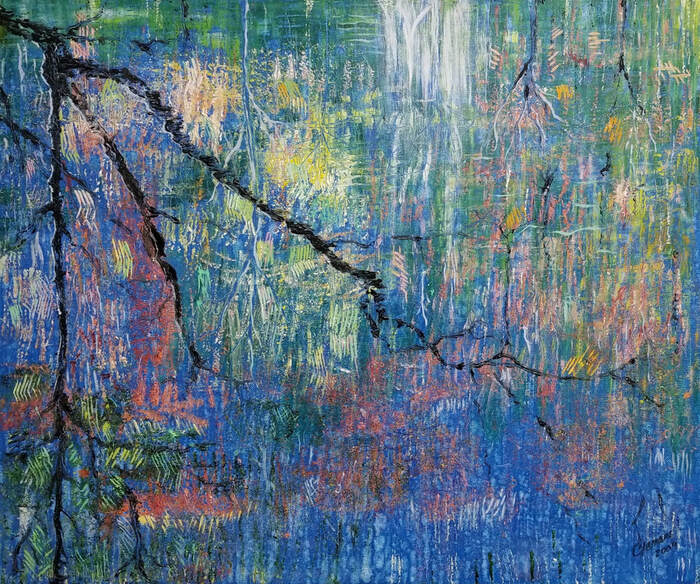 Originally from upstate New York, painter David Clemans owned an art gallery in Westfield before moving to Cape May Point in 1983, where he has lived and worked ever since.

David’s primary studio is located in his home, the historic Lindenwood House, perhaps one of the oldest houses in Cape May County.

The Lindenwood House, its gardens and grounds have served as inspiration for many of David’s paintings. Another great source of inspiration is the Great Egg Harbor River, where David has a log cabin and painter’s studio with two views of the river.

Oil is David’s medium and his style of painting varies from realism to impressionism.

“Discovering the visual uniqueness of southern New Jersey has greatly inspired me and provided limitless vistas for the brush and canvas.”