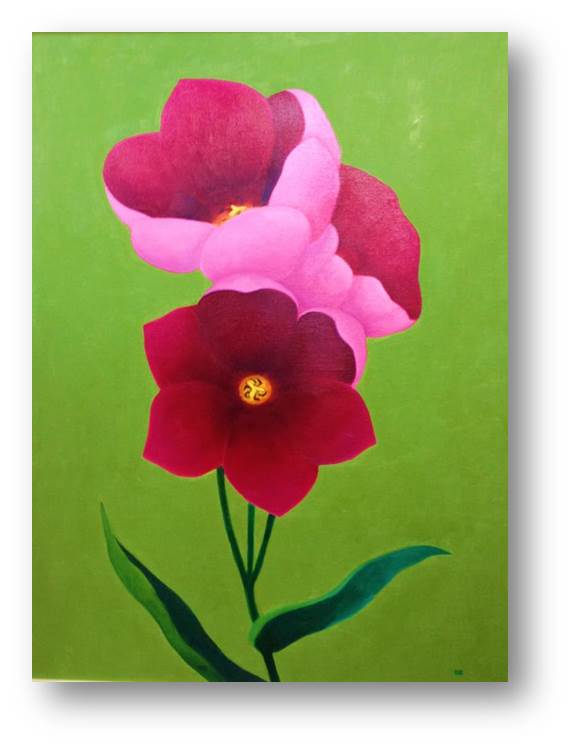 Growing up as an only child, Marlene Baron Summers often turned to painting as a form of self-expression. More than seven decades later, she is still painting.

Marlene was born in Philadelphia in 1936, her mother a first-generation American and her father an immigrant from Eastern Europe. She has lived in Cherry Hill for 48 years and raised two sons while taking classes at the Pennsylvania Academy of the Fine Arts and Fleisher Art Memorial.

Much of her work from the 1980s depicts the many changes women experienced in the previous two decades, including the growing independence and freedom she herself was experiencing as an artist, wife and mother.

Marlene describes herself as a social realist and it is through the magic of oil painting that she describes life as she feels it.

“My background is very much the foundation of my work, growing out of the conviction that hard work and love of life can turn dreams into reality.”